“I like to listen. I’ve learned a lot from listening.” Ernest Hemingway

At the dawn of the 1970s, a secret network of corrupt detectives in London abused their power and cultivated a culture of greed and fear.

Those at the sharp end reveal how gutsy coppers sought to flush them out – forming the first anti corruption branch A10, whose inner workings inspired the BBC drama Line of Duty. Using secret recordings, archive and animation this series reveals an age of excess, where tabloid scoops uncover Soho’s dirty secrets, incriminating evidence is planted on the innocent and big money robberies expose dizzying levels of corruption.

Episode One:  Firm in a Firm

“There’s a nostalgic feel to this series about 1970s police corruption: jazz funk on the soundtrack, Philip Glenister narrating, and evocative archive of car chases with police in Triumphs pursuing villains in Jags. But at its heart it is deadly serious” Radio Times

“It features all the tension, intrigue, deceit and double-crossing that makes us love Line of Duty so much” Stylist Magazine

“It turns out that the first episode of this documentary series about bent cops was just the amuse bouche to tonight’s rich main course.” The Telegraph

“The stylish but shocking real story behind Line of Duty.“ Saturday Telegraph

“As in last week’s first episode, the storytelling is efficient and imaginative: plenty of period footage and interviews but also funky music, talking heads, even animation. Extraordinary stuff.” The Times

“Todd Austin’s excellent documentary series reaches conclusions considerably more decisive and profound than those of Operation Countryman; the corruption inquiry forming the backbone of this final episode.” The Telegraph

“This rich documentary series delivers another irresistibly murky saga. It’s the late 1970s, and major armed robberies keep happening in London – without anyone going down for them.” The Guardian

THE FESTIVAL THAT ROCKED THE WORLD

On the weekend of August 15th 1969, more than half a million people united at a farm near Woodstock for the now legendary festival.

Fifty years on, this feature length documentary is told uniquely through the voices and the home-movies of the people who were there.

Featuring a treasure trove of astonishing, never seen before interviews and super 8 footage, The Festival That Rocked The World tells the colourful, magical and very personal story of those halcyon days that defined a generation.

“The best of a rash of documentaries, Todd Austin’s film looks past the logistics of 1969’s Woodstock music and art fair to communicate the free spirit of the festival…” The Guardian

“Whereas previous films focused on the most beautiful and bizarre specimens of life on site, this offers an earthier glimpse into an experience that feels more “real”. Radio Times

The conventional image of Woody Guthrie is of the Dust Bowl Troubadour emerging from a boxcar in the Great Depression of the 1930s, but there is so much more to him.

Railing against his racist upbringing, Woody is proof that there is always potential for change and even today, fifty years after his death, he is challenging Donald Trump from beyond the grave.

This film unearths a previously unheard Guthrie recording. Deportee (Plane Crash at Los Gatos) was written by Guthrie, but until now it was thought he never recorded it. We hear it for the very first time along with rare and unseen archive.

“It’s an evocative film, one that manages to end with perhaps the most uplifting moment of the TV week.”  The Times

“The main takeaway from this stirring doc is the modern resonance of the songs.”  The Guardian

John Lee Hooker was one of the greatest bluesmen of the 20th Century.

Born into poverty and racial segregation, he lived through a monumental time in American history.

This is the story of a cultural icon and his far-reaching impact on popular music, told in his own words and those of his family and closest collaborators.

Interviews with Keith Richards, Van Morrison, Carlos Santana, Bonnie Raitt and Robert Cray tell how an illiterate man from the rural and impoverished backwaters of the Mississippi Delta influenced their own musical journey.

His life is the tale of a man who became a superstar against extraordinary odds. It’s the story of modern America through the incredible and touching journey of a singer-songwriter who has left an indelible mark on modern music.

“This doc offers a superior portrait of an icon…as befits the man, this is surely the coolest programme of the week.”  The Times

In 1988 John Davidson featured in ‘John’s Not Mad’. He’s determined that no other child should go through the horrific experience he had as a child. He’s taken Rory under his wing.

It’s Rory’s first time at Tourette Camp. Here he comes together with John and Greg. Greg has has found his own unique way to manage his Tourettes and John and Greg hope it may give Rory some much needed respite from his tic-cing.

‘TOURETTES TEENAGE TICS’ is an intimate and revealing documentary that over time captures the challenges and triumphs in John and Greg’s lives and introduces the audience to Rory, a boy at the very beginning of his journey with Tourette Syndrome.

“In terms of raising awareness and showing the highs and lows of Tourette’s along with the laughter and tears, this is the best effort so far, if only because its underlying message is one of hope and optimism”. Telegraph

EMI: THE INSIDE STORY (BBC)

One record company has been a constant presence in popular music throughout our lives.

EMI brought the Beatles to the world and in every decade since has been instrumental in producing some of Britain’s most celebrated and enduring music.

But behind the success lay a very British institution often at odds with the music it released. It had to come to terms with Psychedelia, face Punk head on & find huge sums of money to feed the excesses of the 1980s.

Interviews with EMI artists including members of Queen, Pet Shop Boys, Pink Floyd and Sex Pistols reveal how their demands for more & more control ultimately led to drastic changes at EMI. Former EMI employees share the gossip and goings on in an industry infamous for its extravagance.

The British music industry is world renowned. It has produced decades of memorable music that has reached all corners of the globe.

EMI has always been at the forefront and has left an indelible mark on our culture forever.

Scroll over for reviews

Known for delivering thought-provoking documentaries of the highest quality, Todd Austin & Min Clough have produced over 100 films for all the major broadcasters winning several awards including BAFTA and Royal Television Society. 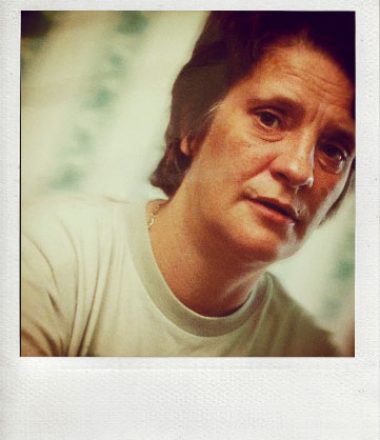 ‘Lager, Mum & Me’ (BBC ONE)
Winner BAFTA – Flaherty Award for Best Documentary Nominated Broadcast Award – Best Documentary
“There was no better example of BBC One rediscovering old-time religion than its documentary strand ONE life.The thought-provoking film showed viewers what they had been missing and Bafta deemed the programme the best documentary of the year.” Broadcast 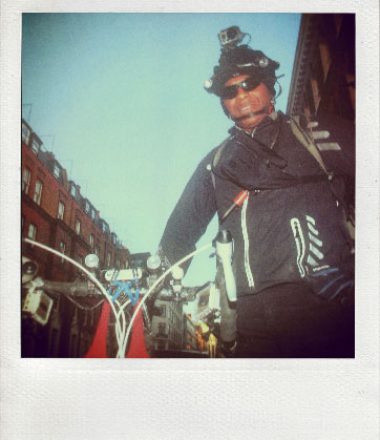 ‘The War on Britain’s Roads’ (BBC ONE)
Shortlisted for a Grierson - Best Documentary on a Contemporary Theme
”Compulsory viewing.” The Observer 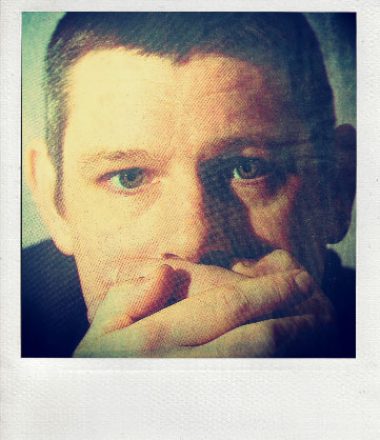 ‘The Boy Can’t Help It’ (BBC ONE )
Winner of a Mental Health Media Award
Nominated for a Grierson – Best Documentary on a Contemporary Issue
“If there has been finer piece of documentary making this year it has passed me by.
It was brilliant television.” The Times 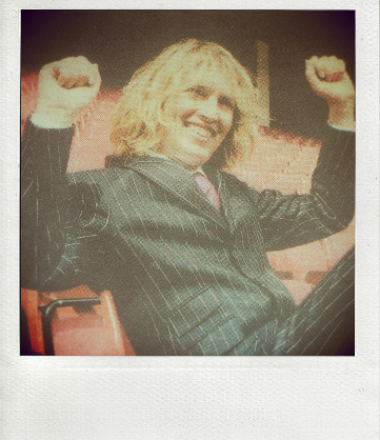 ‘Make Me A Man Again’ (BBC ONE)
Shortlisted for a Grierson - Most Entertaining Documentary
“Austin’s film managed to make Charles a likeable creature and by the end I was rooting for him. Austin allowed Charles the dignity of privacy and that, in TV-land, is a rare and precious commodity.” The Guardian

‘My Life on a Post it Note’ (BBC ONE)
“It’s rare to find a programme so filled with laughter, honesty, defiance, compassion and love. It is one of the bravest and saddest programmes I have ever seen.” The Times 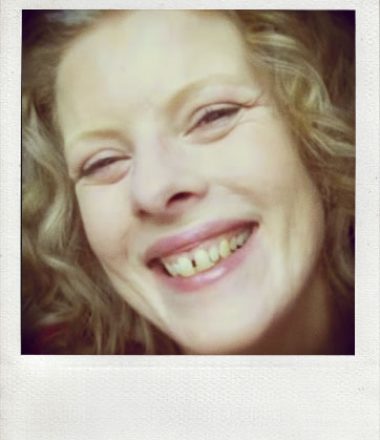 ‘Positive Women’ (BBC TWO)
“An extraordinarily powerful piece of television. It was one of those documentaries - well-made, unsentimental, deeply moving - that makes you think 'Ooh, I'm proud to pay my licence fee.” The Guardian 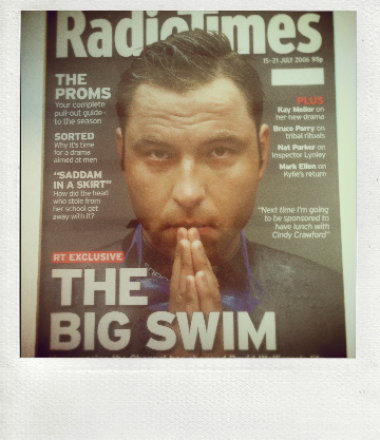 ‘Little Britain’s Big Swim’ (BBC ONE)
Nominated for a Televisual Award
“Down right moving.” The Guardian 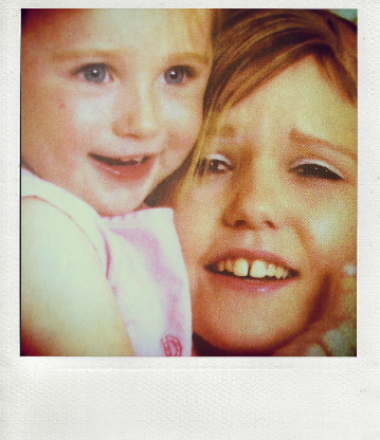 ‘To Courtney, With Love’ (BBC ONE)
Winner Royal Television Society Award – Best Film
“One of the most moving British documentaries since ‘The Boy Whose Skin Fell Off’.”
Time Out 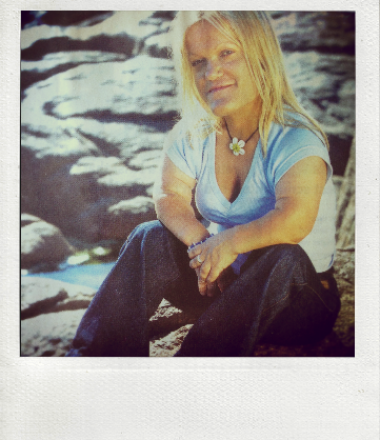 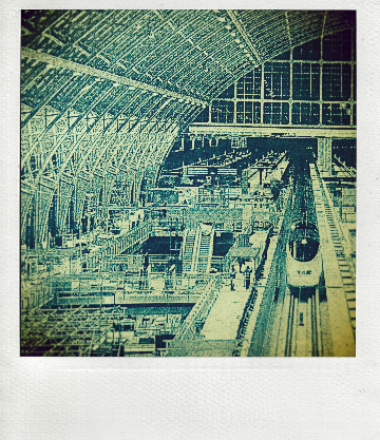 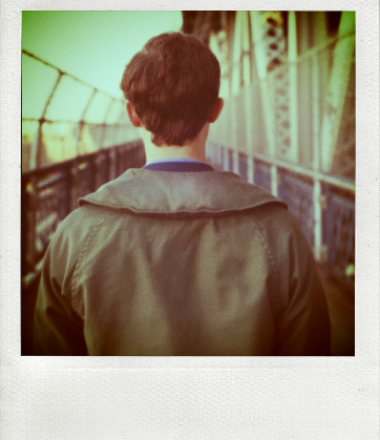 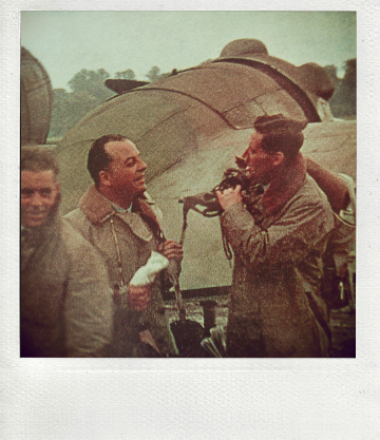 Airborne: RAF at 90 (BBC TWO Feature Documentary)
Shortlisted for a Grierson
“Instead of succumbing to the mythology, this film uses subtle editing and honest testimony to examine the troubling bargain the pilots make.” The Sunday Times 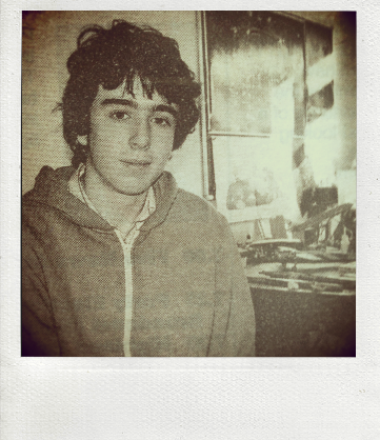 'Tourettes, I Swear I Can’t Help It’ (BBC ONE)
“An extremely insightful and incredibly compelling slice of life on the bumpy side of the track.” The Independent 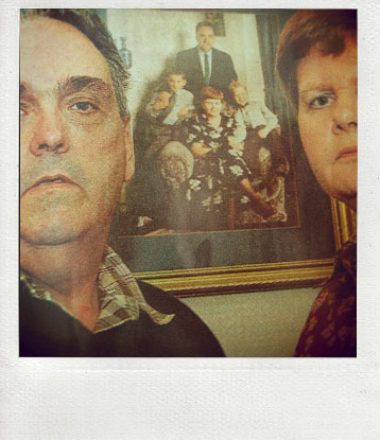 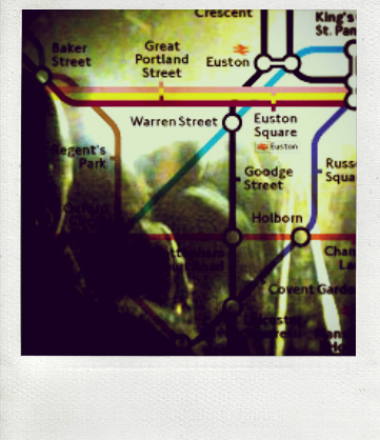 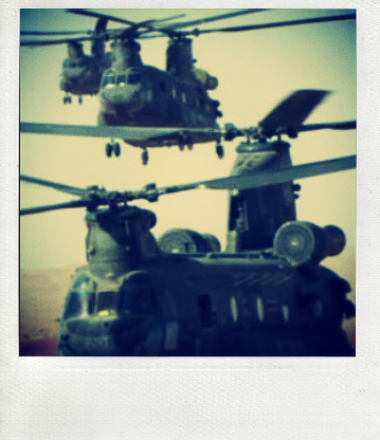 ‘Above Enemy Lines’ (BBC ONE)
“This is a terrific observational film…Good work. Series editor Mr Todd Austin, whoever you are.” The Guardian 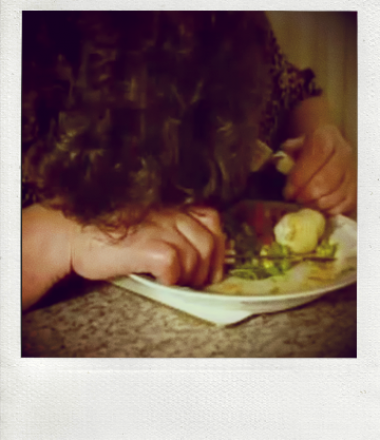 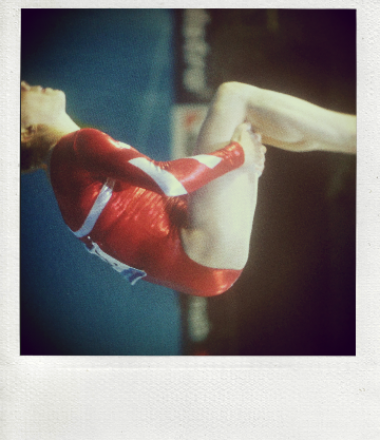 ‘Gymnast’ (BBC Films)
Feature Documentary which charts the highs and lows of the British Female Artistic Gymnastics Team as they strive for success at Beijing Olympics. 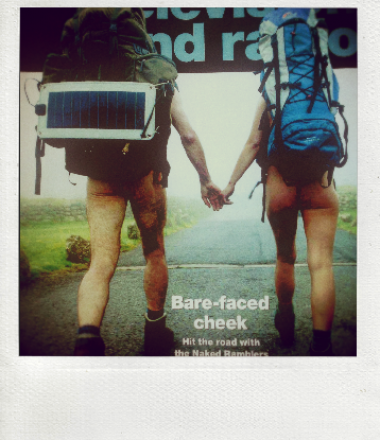 'The Naked Rambler' (BBC ONE)
“One of the most engaging, fresh and funny documentaries I’ve seen in ages.… I kept thinking of early Mike Leigh throughout the Naked Rambler, and this is a film which, perhaps he would have been proud to make.” The Guardian 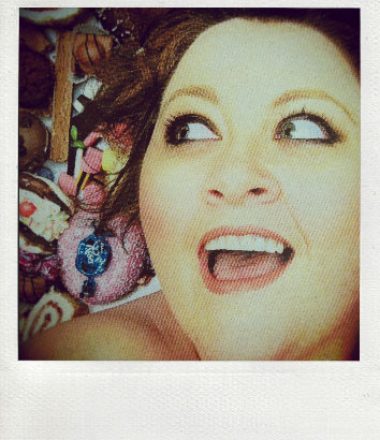 ‘Fix My Fat Head’ (BBC ONE)
“This witty film... is as refreshing as it is funny.” Mail on Sunday 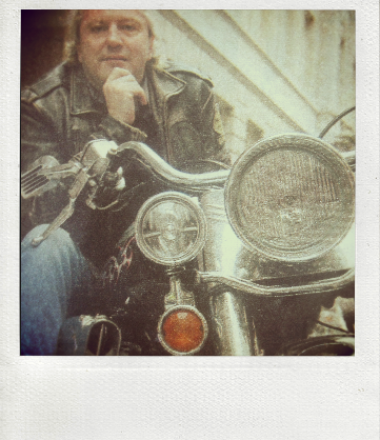 ‘Rock 'n' Roll Hotel’ (BBC ONE)
“This series has effortlessly become one of this years most unexpected pleasures.” Time Out.

Scroll over for reviews 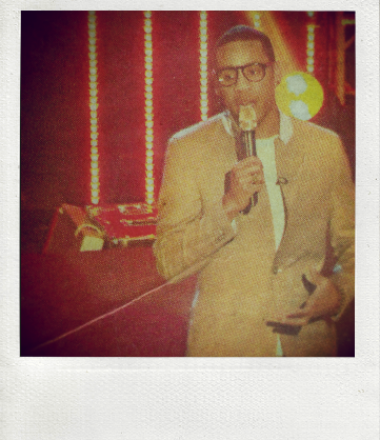 ‘Autistic Superstars’ (BBC THREE)
“It put all the ‘I really, really, really want this’ hysteria of X Factor wannabes into sharp perspective.” Metro 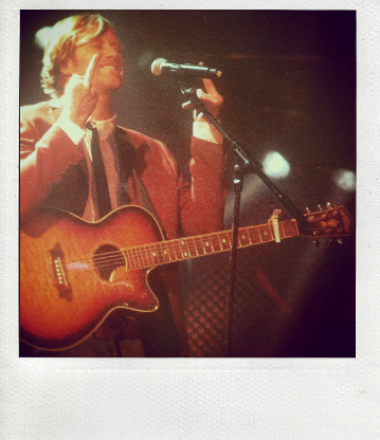 ‘Tourettes: Let Me Entertain You’ (BBC THREE)
Shortlisted Broadcast Award
“It was a remarkable show that showed Tourettes sufferers as real people, rather than simply as the object of ridicule as is all too often the case.” The People 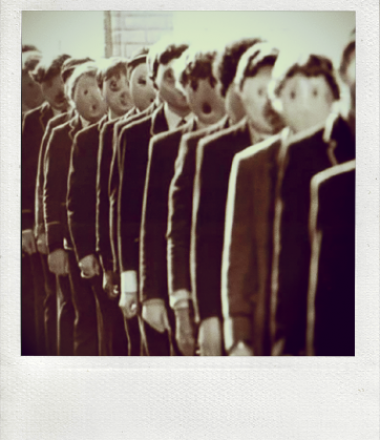 ‘Another Brick in the Wall’ (BBC ONE)
“As the pupils reunite , the film takes on an Adrian Mole quality with tales of unfrequented love and thwarted dreams that may leave you nostalgic for your own lost youth. The intriguing story of an iconic record.” Mail on Sunday 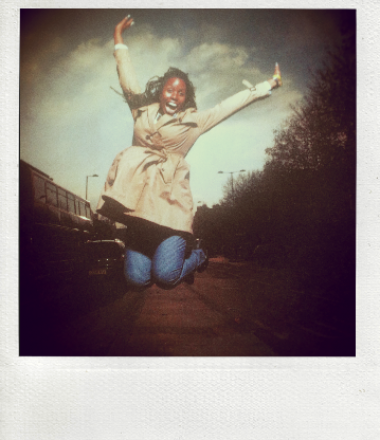 ‘Tourettes: I Swear I can Sing’ (BBC THREE)
”Mesmerising documentary.” The Observer 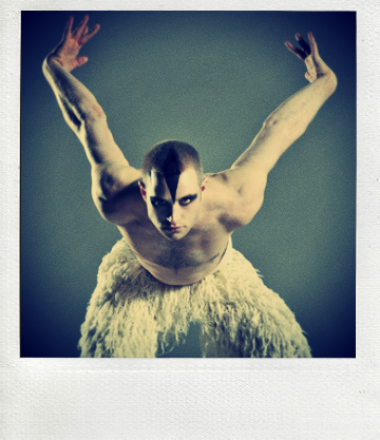 ‘Swan Lake’ (Sky Arts/ Cinema 3D release)
“The resulting performance, when viewed in 3D, is both slick and stunning. The impact of the vibrant staging remains undiminished; if anything it’s more powerful.” The Telegraph

Based in Suffolk, in the UK, Bohemia Films is an independent company that produces music, arts and documentary films. We value freedom, creativity and change and our films reflect our desire to communicate through the arts, and to tackle challenging subjects in our contemporary social documentaries.

“All I’m gonna do is just go on and do what I feel.” Jimi Hendrix